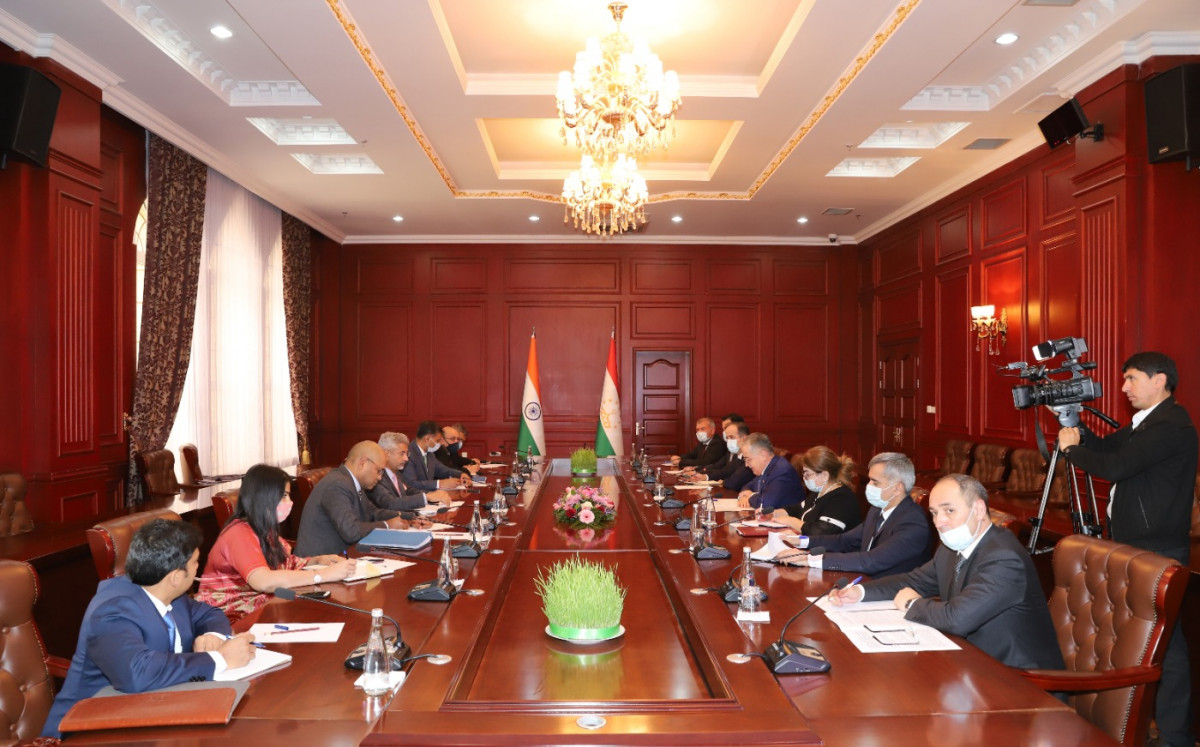 At the meeting, the issues of implementation of agreements reached during high-level visits, signing of new bilateral documents, coordination of joint activities in various formats, including in the framework of the Joint Commission on Trade and Economic Cooperation and political consultations between the Ministries of Foreign Affairs of Tajikistan and India were considered.

In this regard, the parties stressed the importance of expanding trade, economic, investment and scientific-technical ties, the expansion of inter-parliamentary relations, cooperation in industry and energy, culture, tourism and defense between the two countries.

The parties expressed their readiness to fight global threats such as terrorism, extremism, drug trafficking and other forms of transnational organized crime.

It was noted that the holding of the Ninth Ministerial Conference Heart of Asia – Istanbul Process, which took place in Dushanbe on 30 March 2021, will contribute advancing the peace process in Afghanistan and expanding its cooperation with the countries of the Process.

During the meeting the two sides also discussed other issues related to the expansion of bilateral relations between Tajikistan and India in the framework of international and regional organizations as well as the Central Asia-India Dialogue.