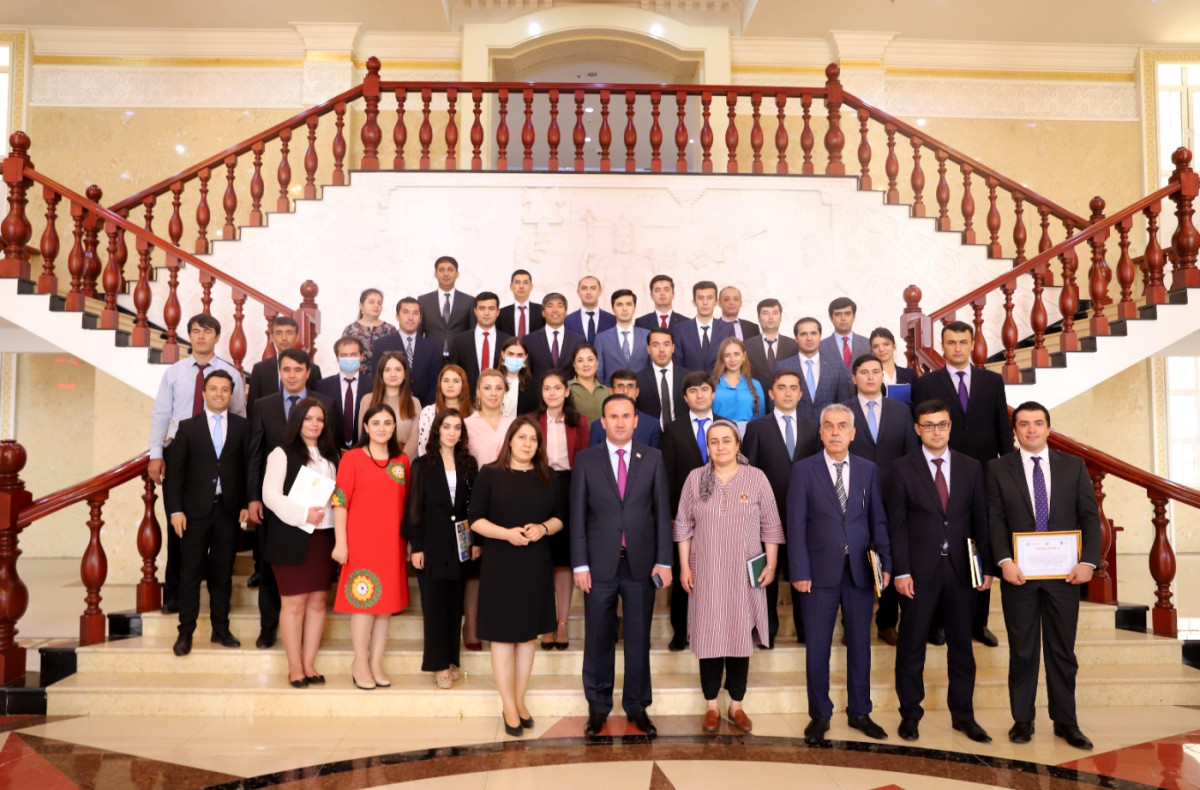 On 20 August 2021, the Ministry of Foreign Affairs hosted a Youth Forum dedicated to the 30th Anniversary of the State Independence of the Republic of Tajikistan entitled “The Role of Youth During 30 Years of Independence: Achievements and Prospects.”

The event was attended by the Deputy Foreign Minister Mr. Sodiq Imomi, the Chairman of the Committee on Youth and Sports Affairs under the Government of the Republic of Tajikistan Mr. Abdullo Rahmonzoda, as well as young diplomats and employees of the Ministry’s central office.

Young diplomats have delivered speeches on various topics, such as “Youth of Tajikistan – followers of the Leader of the Nation”, “The importance of attracting young personnel to the diplomatic service and honorable representation of Tajikistan in the international arena”, “Development of international youth cooperation with the CIS countries, Europe and America, Asia and Africa” and “The role and activity of youth in the framework of the international organizations”.

At the end of the Forum, the Chairman of the Committee for Youth and Sports Affairs under the Government of the Republic of Tajikistan has awarded certificates of appreciation to a number of young employees of the Ministry for their contribution to the implementation of the state youth policy.