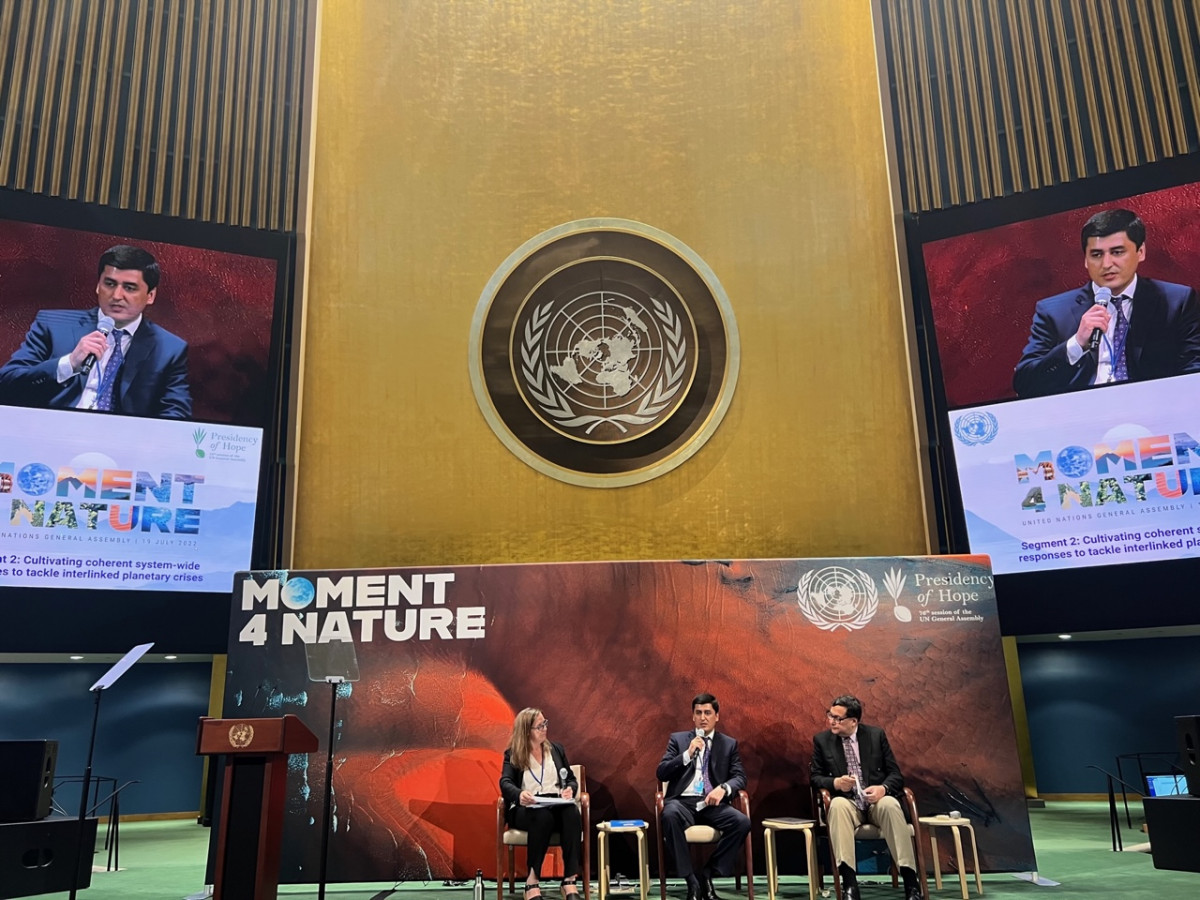 On July 19, 2022, at the initiative of the President of the 76th Session of the UN General Assembly, Mr. Abdullah Shahid, at the UN Headquarter was held a High-level thematic debate on the theme “A Moment for Nature” .  The issue of the environment protection from current global threats and challenges was main theme of the debate.

The Pesident of the 76th Session of the UN General Assembly Mr. A.Shahid, UN Secretary-General Mr. A. Guterres and President of the UN ECOSOC C. Kelapile took part and delivered a statement  in the thematic debate, highlighting the importance of convening this event in combating the consequences of climate change and environmental protection.

The delegation of the Republic of Tajikistan headed by the Chairman of the Committee for Environmental Protection under the Government of the Republic of Tajikistan Mr. Sherilizoda Bahodur participated in this event, as a panelist of the first segment event entitled “Integrated approaches to the triple plenary crises at the national and subnational levels”, elaborated on three major global threats, namely climate change, biodiversity loss and environmental pollution.

Mr. Sherilizoda B.A. during his intervention, emphasized the impact of climate change on the environmental situation in Central Asia, especially in Tajikistan and the measures taken by our country in this regard.

The Chairman of the Committee for Environmental Protection under the Government of the Republic of Tajikistan also recalled the country’s global initiatives in promoting and adressing water and climate issues, and stressed the importance of the next initiative of the President of the Republic of Tajikistan, His Excellency Emomali Rahmon to declare 2025 as the International Year for the Glaciers Preservation.